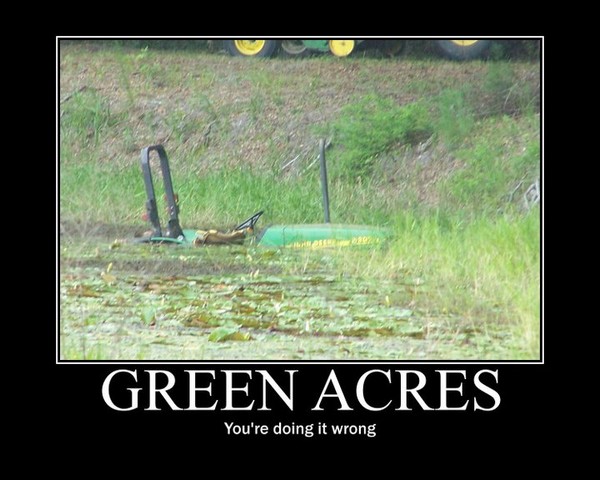 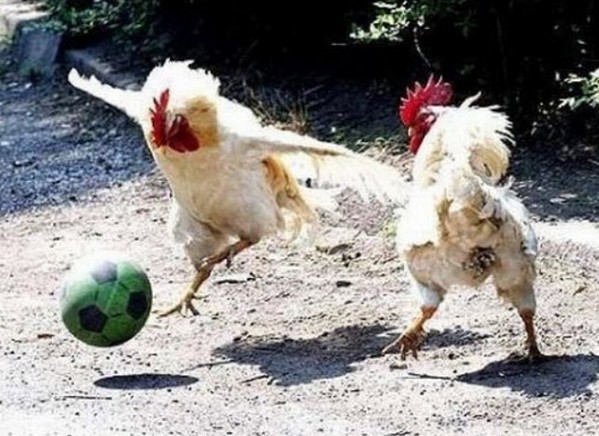 Well, this is different.

A golf pro dragged himself into the clubhouse looking as though he’d just escaped a tornado.

“I just lost a game to Houlihan,” the pro said.

“What? But Houlihan’s the worst player I’ve ever seen. How could he have beaten you?”

“What’s a gotcha?” asked the woman.

“That’s what I wanted to know,” the pro said. “Houlihan said, ‘You’ll see.’ Then, as I was teeing off, just as I had my club poised, he screamed out ‘Gotcha!‘”

“I can guess what happened,” the woman said.

“Sure,” the pro said. “The scream threw me off, and I missed the ball completely.”

“Understandable,” the woman said. “But still, that’s only one swing. How did he win the game?”

The pro answered, “You try swinging at a golf ball all day while waiting for that second ‘gotcha!‘”

More from the series, What it’s really like to work in a music store

A boat docked in a tiny Greek island.  A tourist complimented the local fishermen on the quality of their fish and asked how long it took to catch them.

“Not very long.” they answered in unison.

“Why didn’t you stay out longer and catch more?”

The fishermen explained that their small catches were sufficient to meet their needs and those of their families.

“But what do you do with the rest of your time?”

“We sleep late, fish a little, play with our children, and take siestas with our wives.  In the afternoons we have a snack at the beach or go into the village to see our friends at the Kafenio, have a few drinks and play tavli.  In the evenings we go to a taverna play the bouzouki and sing a few songs, maybe break a plate or two.  We have a full life.”

The tourist interrupted,  “I have an MBA from Harvard and I can help you!  You should start by fishing longer every day. You can then sell the extra fish you catch.  With the extra revenue, you can buy a bigger boat.”

“With the extra money the larger boat will bring, you can buy a second one and a third one and so on until you have an entire fleet of trawlers.  Instead of selling your fish to a middle man, you can then negotiate directly with the processing plants and maybe even open your own plant. You can then leave this little village and move to Athens or even London . From there you can direct your huge new enterprise.”

“How long would that take?”

“Afterwards? Well my friend, that’s when it gets really interesting,” answered the tourist, laughing.  “When your business gets really big, you can start buying and selling stocks and make millions!”

“Millions? Really?  And after that?” asked the fishermen.

“After that you’ll be able to retire, live in a tiny village near the coast, sleep late, play with your children, catch a few fish, take a siesta with your wife and spend your evenings drinking and enjoying your friends.”

“With all due respect, that’s exactly what we are doing now.  So what’s the point wasting twenty-five years?” asked the Greek fishermen? 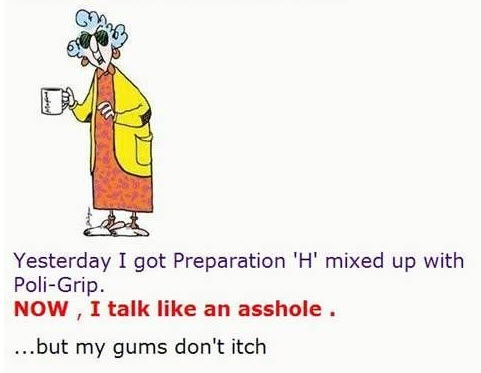 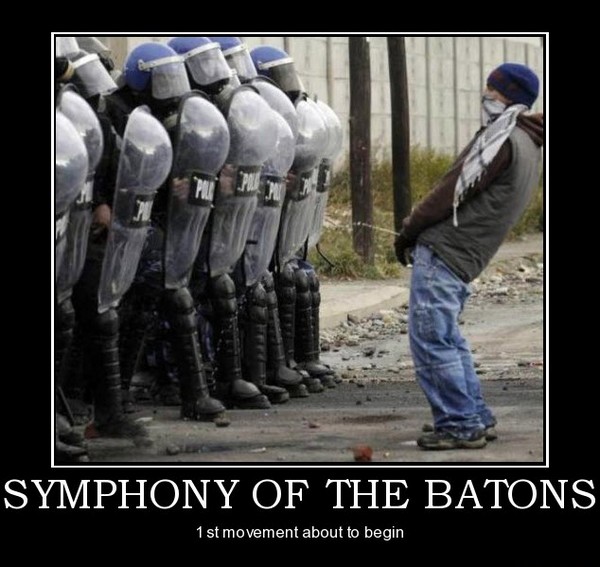 DRILL PRESS: A tall upright machine useful for suddenly snatching flat metal bar stock out of your hands so that it smacks you in the chest and flings your beer across the room, splattering it against that freshly-stained heirloom piece you were drying.

WIRE WHEEL: Cleans paint off bolts and then throws them somewhere under the workbench with the speed of light. Also removes fingerprints and hard-earned guitar calluses from fingers in about the time it takes you to say, “Ouch….”

ELECTRIC HAND DRILL: Normally used for spinning pop rivets in their holes until you die of old age.

PLIERS: Used to round off bolt heads. Sometimes used in the creation of blood-blisters.

HACKSAW: One of a family of cutting tools built on the Ouija board principle. It transforms human energy into a crooked, unpredictable motion, and the more you attempt to influence its course, the more dismal your future becomes.

VISE-GRIPS: Generally used after pliers to further round off bolt heads. If nothing else is available, they can also be used to transfer intense welding heat to the palm of your hand.

OXYACETYLENE TORCH: Used almost entirely for lighting various flammable objects in your shop on fire. Also handy for igniting the grease inside the wheel hub you want the bearing race out of.

WHITWORTH SOCKETS: Once used for working on older British cars and motorcycles, they are now used mainly for impersonating that 9/16 or 1/2 socket you’ve been searching for the last 15 minutes.

HYDRAULIC FLOOR JACK: Used for lowering an automobile to the ground after you have installed your new brake shoes, trapping the jack handle firmly under the bumper.

E-Z OUT BOLT AND STUD EXTRACTOR: A tool ten times harder than any known drill bit that snaps off in bolt holes you couldn’t use anyway.

TWO-TON ENGINE HOIST: A tool for testing the tensile strength on everything you forgot to disconnect.

CRAFTSMAN 1/2 x 16-INCH SCREWDRIVER: A large prybar that inexplicably has an accurately machined screwdriver tip on the end opposite the handle.

TROUBLE LIGHT: The home mechanic’s own tanning booth. Sometimes called a drop light, it is a good source of vitamin D, “the sunshine vitamin,” which is not otherwise found under cars at night. Health benefits aside, it’s main purpose is to consume 40-watt light bulbs at about the same rate that 105-mm howitzer shells might be used during, say, the first few hours of the Battle of the Bulge.  More often dark than light, its name is somewhat misleading.

PHILLIPS SCREWDRIVER: Normally used to stab the vacuum seals under lids and for opening old-style paper-and-tin oil cans and splashing oil on your shirt; but can also be used, as the name implies, to strip out Phillips screw heads.

AIR COMPRESSOR: A machine that takes energy produced in a coal-burning power plant 200 miles away and transforms it into compressed air that travels by hose to a Chicago Pneumatic impact wrench that grips rusty bolts which were last over tightened 50 years ago by someone at Ford, and neatly rounds off their heads.

PRY BAR: A tool used to crumple the metal surrounding that clip or bracket you needed to remove in order to replace a 50 cent part.

HOSE CUTTER: A tool used to cut hoses too short.

HAMMER: Originally employed as a weapon of war, the hammer nowadays is used as a kind of divining rod to locate the most  expensive parts not far from the object we are trying to hit.

MECHANIC’S KNIFE: Used to open and slice through the contents of cardboard cartons delivered to your front door; works  particularly well on contents such as seats, vinyl records, liquids in plastic bottles, collector magazines, refund checks, and rubber or plastic parts. Especially useful for slicing work clothes, but only while in use.

DAMMIT TOOL: Any handy tool that you grab and throw across the garage while yelling “DAMMIT” at the top of your lungs. It is also the next tool that you will need.

EXPLETIVE: A balm, also referred to as mechanic’s lube, usually applied verbally in hindsight, which somehow eases those pains and indignities following our every deficiency in foresight.