I took tap dance lessons for years as a child, and attended classes a few times as an adult. Thought I was pretty good… this guy is better and has much more soul than I ever will! 🙂

Anoles are those ubiquitous green, or brown lizards that adorn the sides of houses and sheds, prowling the shrubbery for insects, doing push-ups and spreading their crimson throat patches trying to attract mates. My childhood was spent chasing them, catching them, and turning them loose again. Mostly, they are green, unless they are defeated in battle, caught, or cold. They do not, however, change colors to match their surroundings.

Sunday, Mom and I had just settled down for lunch when I noticed on the window, outside, an anole, and it seemed to have caught something, or had been caught. The struggle was real, but finally, the lizard went limp, and hung there, its feet not touching the glass. I was curious as to what sort of creature might have caught the poor anole.

Once outside, I discovered it had, somehow, gotten its snout firmly wedged into between the frame where the windows meet. Gently, I pulled, but the fear of harming the hapless reptile kept me from freeing the trapped anole. I got a screwdriver and pushed the metal pieces apart, and once freed, I place him in one of mom’s hanging baskets, then misted it with a water bottle in case it was dehydrated. And there, I thought, the story would end, a rescued anole, and a hanging basket which now had pest control.

The next day, I went out to put a bag of trash in the two wheeled cart, and who knows what to call these things, really, and suddenly, I felt something land on my back, and then the anole appeared as it jumped off my back, and onto the two wheeled trash cart that has no name. I named it Oscar. And at that point, realized it was not afraid of me, and liked hanging around the two wheeled thing I put trash in.

It might have been a different lizard, this is true, but Oscar is large for his species. Normally, males are not only larger, but they tend not to allow trespass into their territory.  I felt certain this was the same creature that required rescue on my part. Perhaps, however, Oscar was going to hang around, drift to some other location, who knows?

Yesterday, I discovered Oscar huddled on the lip of the lid of the trash can, and that’s what I’m calling it from now on, and he leapt away, but did not run from me, but sat there, head cocked, looking at me. And this morning, there Oscar was again, on the window, searching for prey, and he moved away from me slowly, as I tried to take a photo. 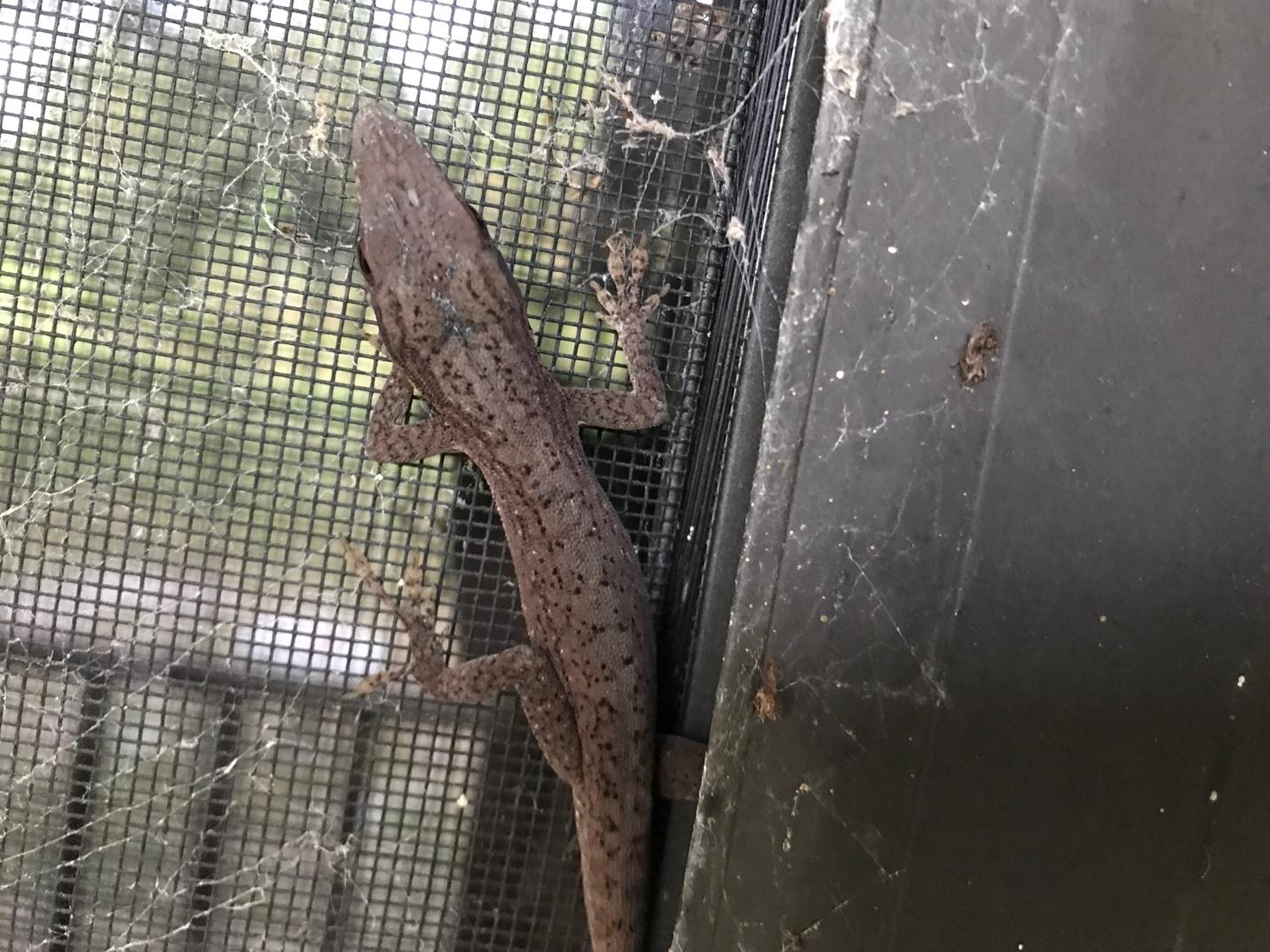 It’s true, the world may not be made a better place by the rescue of a lizard. But my world is a better place when I rescue lizards. There are fewer insects, there is that of course, but at the end of the day, no animal ought to die of thirst or starvation for the lack of effort on my part, near where I can assist the creature. This is how I view my place in this world.

Mike writes regularly at his site:  The Hickory Head Hermit.