Weather: Depending on who you listen to we might get some snow Sunday night into Monday even though the forecast below doesn’t show it.

Binging:  We just started watching The Kominsky Method (Netflix) with Michael Douglas and Alan Arkin in a comedy-drama series about two old friends. 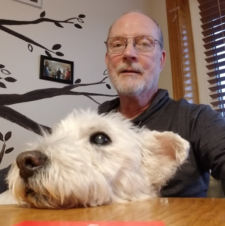 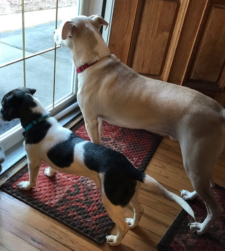 Buster:  We’re going to make that our new dog’s name as we’ve decided to complete the adoption of the young fellow. I came up with the name when I remembered Andy from the Toy Story films had a dachshund.  I was thinking his name was Slinky but I looked it up and his dog’s name was Buster.  There was a toy that came to life in the films that was part Slinky and part dachshund.  The left photo is of Buster (L) and his cousin (my granddaughter’s dog) Buddy (R).  They got along great on Thanksgiving, zooming all over the house and yard.  Gus just got tired watching them play.   Click images to enlarge.

The adoption will be finalized on December 1st.

That’s it from B&P Headquarters in St. Louis. What’s going on in your world?