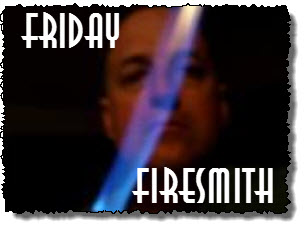 I think it all began in Iraq, actually, which is fitting because so much of civilization began in that part of the world. I don’t think we’re heading into a new era of civilization but rather in the opposite direction. Things are getting ugly out there, and the first sign that things were not only getting bad but reaching critical mass was Boaty McBoatface.

While it seems rather innocuous at first glance, when Britons voted to name a research vessel after an internet joke over a renowned scientist we should have all expected them to use that same sort of power to do something equally ridiculous. But no one can take voting seriously anymore, anywhere, considering the slate of candidates that have crawled out of the primordial and primary slimes.

With voter turnout reaching historic lows it’s no wonder that a small but dedicated number of people can change the face of politics. The rest of us, exhausted over decades of incompetence from both parties, merely stand and watch the barn being burned to the ground to get rid of the rats.

Worse still, the amount of money it takes to win an election, even at the state level, has reached a point of utter and soaring ridiculousness. A billion dollars will have been spent by the time the next president is bought and then the party really begins as whoever is in office has to start generating a return on the investment. Mostly, what is being bought is nothing. Do nothing. Say nothing. Promise everything but blame the inertia on the gridlock that has paralyzed the government now for many years and many years to come. The war in Iraq proved that rhetoric and falsified data could be used to start a war anywhere for no reason at all, and there is big money, very big money, in war.

After the milking of the tax payers and further destabilization in the Middle East, a global recession was created and those who created it were “too big to fail” and there was big money in paying the people who created the crisis. Now, a few years later, we’ve been bombarded with sports events, celebrity sensation, and political process that the average person has no faith in at all. Both of our political parties present their worst possible candidate yet each candidate did spend the most money, which begs the question of why can’t all that money buy something decent?

It isn’t designed to, is why.

Just like the power vacuum in the Middle East that gave rise to radical Islamic factions, we will now see a power vacuum once Democracy begins to fail in favor of Corporate Republics. Consumers will be the new slave class and the wars to control the information and incomes of billions of customers will create a new form of warfare.

But most of us will not notice any of this.

We will be glued to binge watching and sports and celebrity news and we’ll slowly but surely tune out the power struggle in favor of voting for the lesser evils in every election, regardless of where the money came from.

This will happen about ten years ago.

Mike writes regularly at his site:  The Hickory Head Hermit.
Opinions expressed in this article are not necessarily those of the management of this site.