We stopped at Elephant Rocks State Park on our motorcycle trip to Johnson’s Shut-Ins State Park.  They’re not too far from each other. 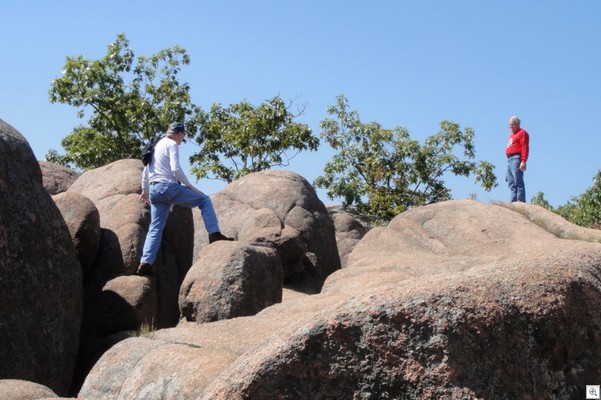 My buddy Mike and I climbing up on the big rocks at Elephant Rocks State Park.  Once you get to the top you get a nice scenic view of the area below. 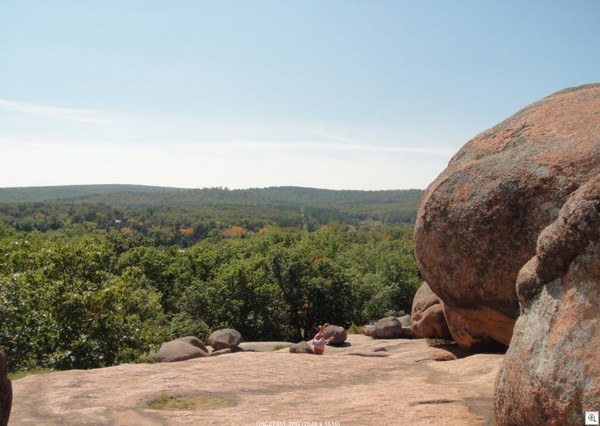 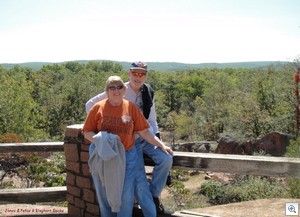 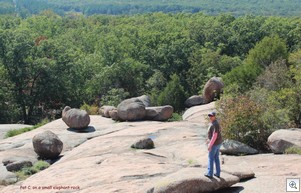 It was a beautiful day to ride… well at least until the sun began to set.  Then it got darn right chilly.  We had planned to be home long before dark but Mike’s battery committed suicide after we arrived at Johnson’s Shut-Ins.  We explored the visitor’s center for a bit but when we started to ride through the park and see the sights Mike’s bike was dead.  We spent nearly an hour trying to figure out what was wrong and tried to jump it with jumper cables but it would die as soon as we took the cables off.  The nearest place to find a battery was Walmart.  The 30 mile trip to Walmart tool about 2 hours back and forth on the winding two-lane roads of Missouri.  We got back to the bad bike and replaced the battery and it started right up.  Then it was back across the same two-lane roads we were on before.  A beautiful full moon was visible.  I tried to take a couple photos as we rode but they turned out pretty blurry.  We got over to a good four-lane highway right about dark.  We stopped at a Mexican Restaurant for dinner.  I pulled in at home at almost 9:45 pm. 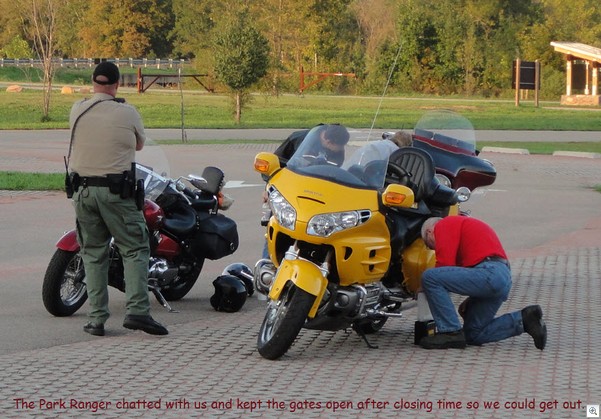 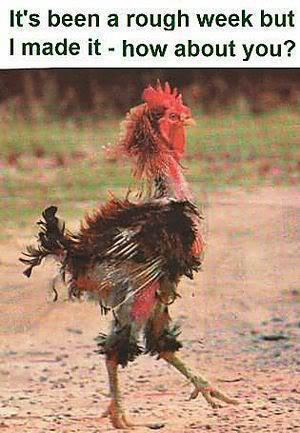 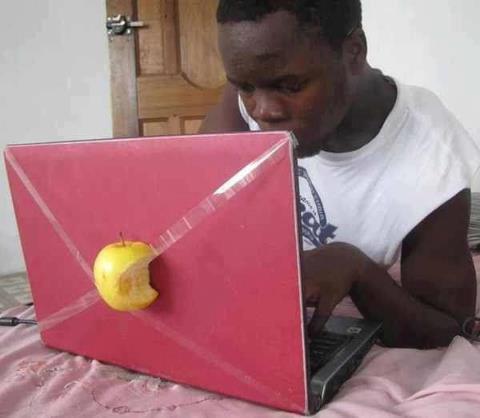 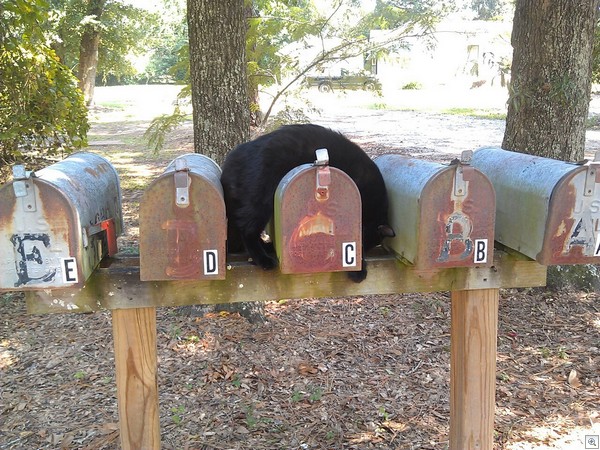 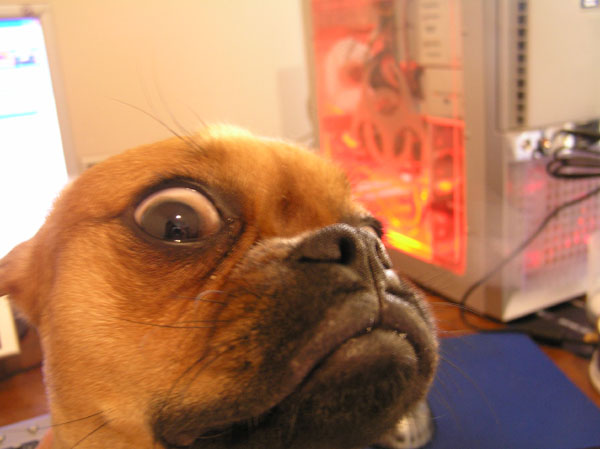 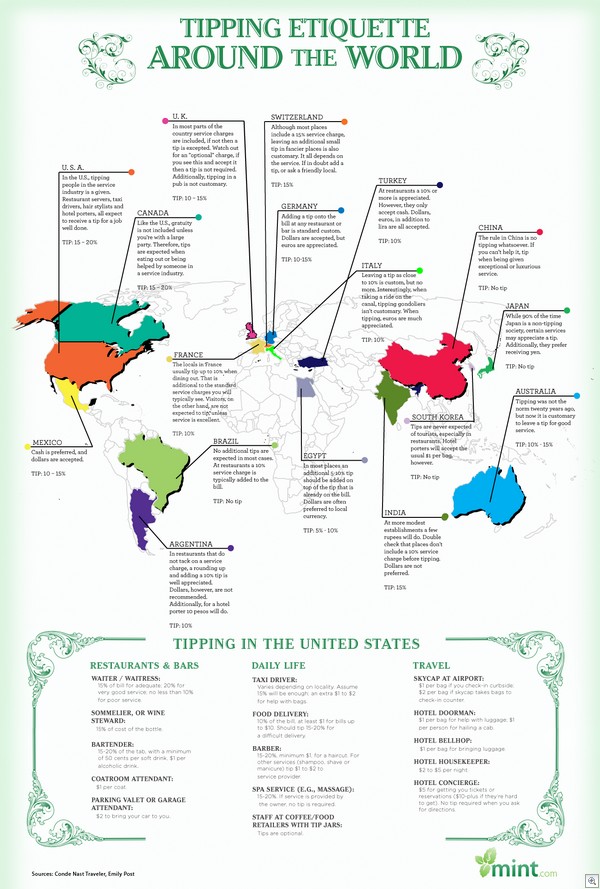 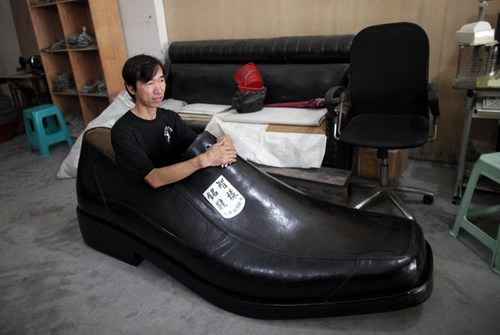