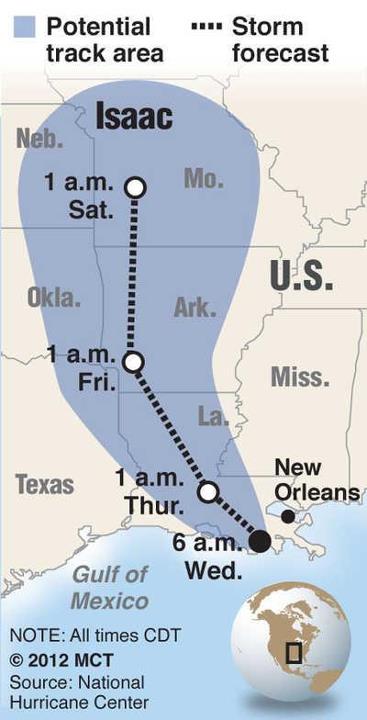 Apparently the state of Kansas was wiped off the map by Tropical Storm Isaac as seen in this graphic.

The whole state of Kansas went missing according to this paper.

They have since removed the graphic graphic probably because it was too graphic.

We’re heading for Kansas first thing in the morning.  What are we going to do now?

Thanks Bill the Painter

The pure and unadulterated angst that was my life at fourteen years old was akin to being set on fire in a desert without any hope of an oasis. I yearned to be a grown up. My body yearned for things I had no idea what were, but I knew that women were a major part of it. The only real problem was I was fourteen. Getting laid at fourteen in South Georgia was as easy as getting a jet pack and a flying car. Of course, if I could have gotten a jet pack and a flying car I could have
gotten laid. Maybe.

Okay, fourteen is too young to be having sex but that didn’t keep me from thinking about it. As a matter of fact, other than jet packs and flying cars, I didn’t think about much more than sex. There were some obstacles to this sex thing I sought, and the first was I had the social graces of an anvil dropping out of the bottom of an outhouse during a tornado. I wasn’t just bad at talking to female people I was bad at talking to any people. I was awkward, shy, and my mind seemed to know what I needed to say but my mouth spewed out nonsense and weirdness. There was no hope of this getting better it seemed, and I thought, at age fourteen, I was doomed.

The only girl who seemed remotely interested was Shirley, the sister of a friend of mine. Shirley was fifteen, much older than I, sophisticated, and she could drive a tractor. In South Georgia the things that made a woman sexy were a little different than other places, but I didn’t know that back then. We would all meet up once a week, on Saturday night, at the skating rink, and somehow, the subject of kissing got to being passed around the group we were in, and there was much debate as to who had, and who had not, ever kissed, and who they had kissed.

Since Shirley and I had been passing notes there was this rumor that we were engaged or whatever passed for that at that age, and a couple of her friends began to wonder aloud if she had, or if she would, actually kiss. Seems odd, doesn’t it? So much of the body and sexuality these days have been sensationalized it is hard to believe there was once this much innocence. One of her friends asked me if we had kissed and I told her it wasn’t anyone’s business, and Shirley really liked the idea I had said that and told another friend she would, if I asked. That girl told a friend of mine and the fire was set. This all happened in the middle of the week and I can very starkly remember having to wait until Saturday. Then the horrible realization hit me; I had no idea how to kiss.

There wasn’t any sort of manual, no internet to search, no television programs that had addressed the issue, no YouTube video explaining everything, and honestly, I had never seen a naked woman except in a Playboy magazine. I had no idea what to do at all.

That Saturday night Shirley and I were skating together and I guided her to the back of the rink, where the grownups couldn’t see and the lights were a little less bright. My stomach was full of butterflies, my knees weak, my hormones raging, and before she could say anything or I could ruin it by saying anything, I kissed her, fully, deeply, likely terribly, but wonderfully.

That was decades ago and now Shirley has grandchildren older than we were then. But that was our first, and the last time I asked her if she remembered, over a decade ago, she blushed a deep red and smiled.

Who was your first? How old were you?

Mike writes regularly at his site:  The Hickory Head Hermit

Neil Armstrong will be laid to rest today.  Coincidentally today there is a blue moon.  There won’t be another blue moon until July 31, 2015. 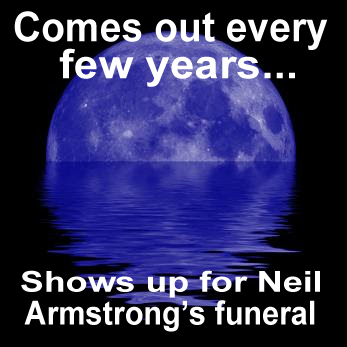 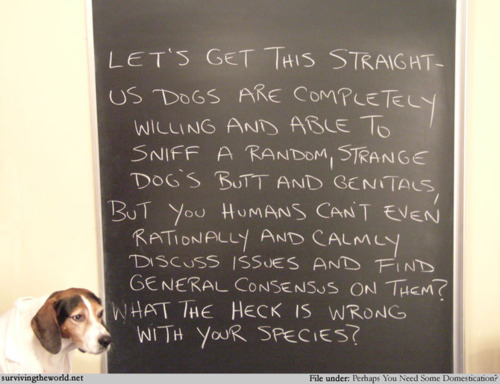 Law of Mechanical Repair – After your hands become coated with grease, your nose will begin to itch and you’ll have to pee.

Law of Gravity – Any tool, nut, bolt, screw, when dropped, will roll to the least accessible place in the universe.

Law of Probability – The probability of being watched is directly proportional to the stupidity of your act.

Law of Random Numbers – If you dial a wrong number, you never get a busy signal – and someone always answers.

Variation Law – If you change lines (or traffic lanes), the one you were in will always move faster than the one you are in now (works every time).

Law of the Bath – When the body is fully immersed in water, the telephone rings.

Law of Close Encounters – The probability of meeting someone you know INCREASES dramatically when you are with someone you don’t want to be seen with.

Law of the Result – When you try to prove to someone that a machine won’t work, IT WILL!!!

Law of Biomechanics – The severity of the itch is inversely proportional to the reach.

Law of the Theater & Hockey Arena – At any event, the people whose seats are furthest from the aisle, always arrive last.  They are the ones who will leave their seats several times to go for food, beer, or the toilet and who leave early before the end of the performance or the game is over. The folks in the aisle seats come early, never move once, have long gangly legs or big bellies and stay to the bitter end of the performance. The aisle people also are very surly folk.

The Coffee Law – As soon as you sit down to a cup of hot coffee, your boss will ask you to do something which will last until the coffee is cold.

Murphy’s Law of Lockers – If there are only 2 people in a locker room, they will have adjacent lockers.

Law of Physical Surfaces – The chances of an open-faced jelly sandwich landing face down on a floor, are directly correlated to the newness and cost of the carpet or rug.

Law of Logical Argument – Anything is possible IF you don’t know what you are talking about.

Wilson’s Law of Commercial Marketing Strategy – As soon as you find a product that you really like, they will stop making it.

Lit Motors’ C-1 is a self-stabilizing, all-electric two-wheeler that marries all the creature comforts of a car with the performance and efficiency of a motorcycle.