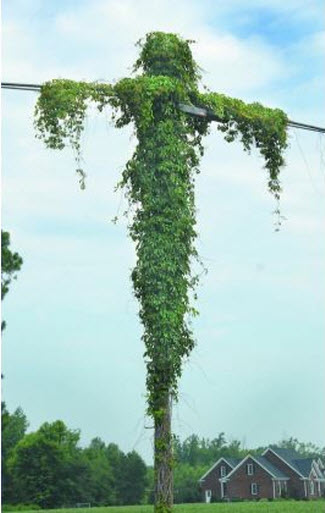 Many Christians believe Jesus can be found anywhere. In southern Lenoir County, North Carolina, he may be found on a utility pole.

The pole, about a mile south of Kinston, has attracted attention of some area residents. Some say the kudzu-covered post bears a striking resemblance to Jesus’ crucifixion.

The pole, which is the only one nearby covered in “the vine that ate the South,” is at the northwest corner of Tyree Road and U.S. 258 S., in the Jackson Heights neighborhood.

Kent Hardison, who runs Ma’s Hotdog House less than a half mile from the pareidolia, rides by the Christ-resembling post each day. He said when he first saw the kudzu growing he almost sprayed it with herbicide.

“I glanced at it, and it looks like Jesus,” Hardison said. “I thought, ‘You can’t spray Jesus with Roundup.’ ”

The kudzu, which has thrived at the top of the pole, is all but dead at the ground. The source of the figure is only a few small vines of the uncontrollable plant.

Two young businessmen in Nevada were sitting down for a break in their soon-to-be new store in the shopping mall. As yet, the store wasn’t ready, with only a few shelves and display racks set up.

One said to the other, “I’ll bet that any minute some senile senior citizen is going to walk by, put his face to the window, and ask what we’re selling.”

Sure enough, just a moment later, a curious senior gentleman walked up to the window, looked around intensely and rapped on the glass, then in a loud voice asked, “What are you sellin’ here?”

One of the men replied sarcastically, “We’re selling ass-holes.”

Without skipping a beat, the old timer said, “You must be doing well. Only two left.”

Seniors — don’t mess with them, They didn’t get old by being stupid!

I don’t want to know. 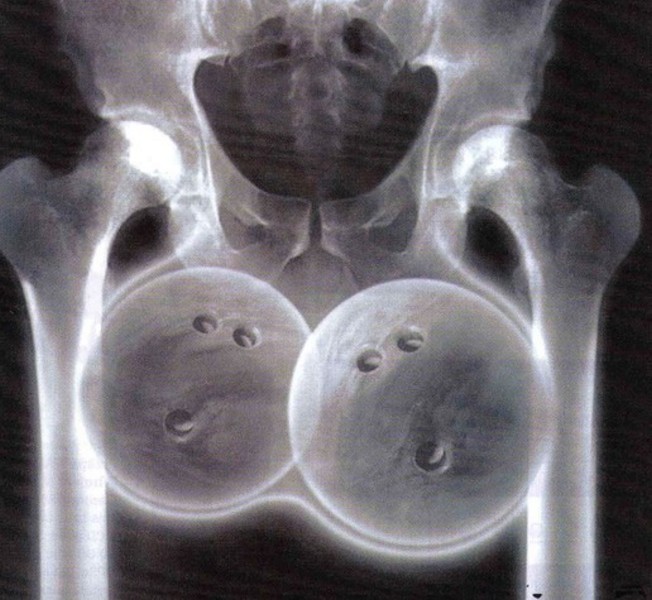 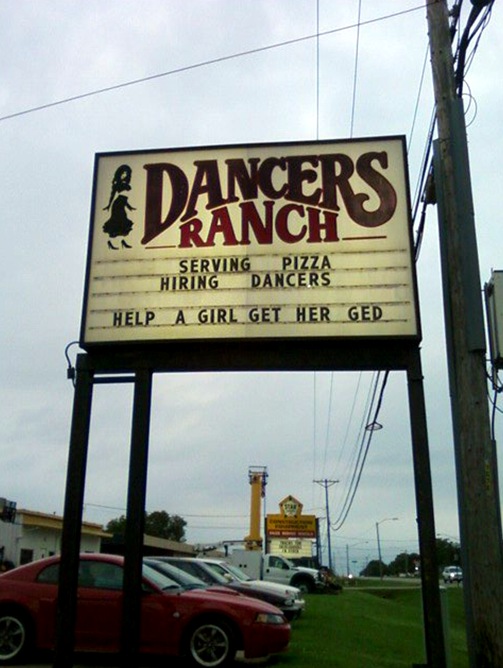 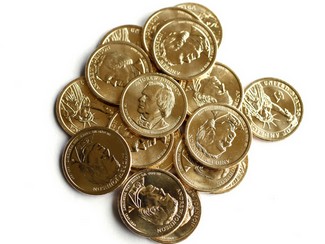 Virtual tour of 125 years of Coca-Cola

$1 billion that nobody wants

How to remove permanent marker from a dry erase board

Should women go topless at the beach? 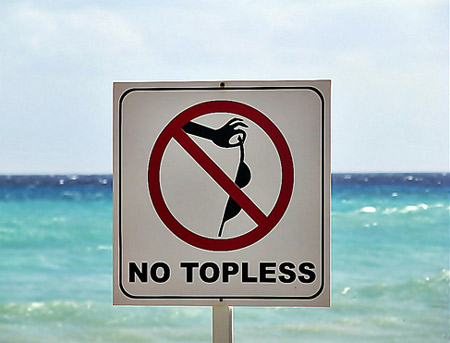 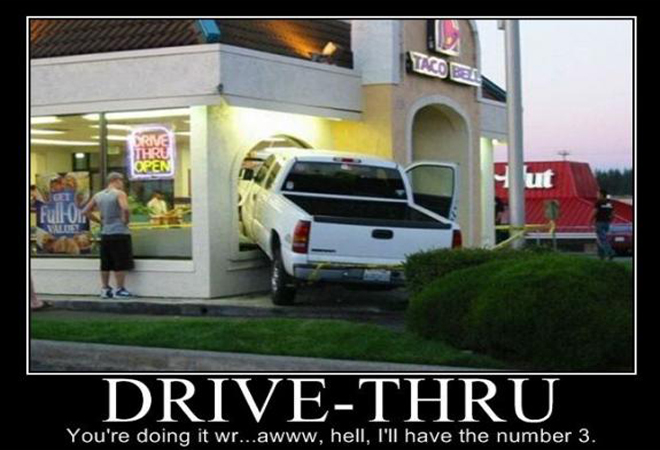